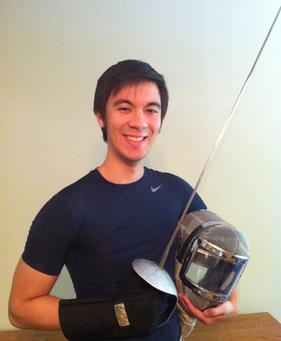 Allen started fencing in 2005 with Olympic coach Arkady Burdan.  He started at the age of 14, but quickly became hooked to the sport.  Just after over a year of fencing, he quickly obtain a "B" rating and was able to attend a cadet world cup in Poland.

Later on, Allen obtained his "A" rating in 2008 and consistently being top 16 on the national points list for cadet and later in junior.  Allen was later top 24 in the country in senior rankings (top 4 are generally Olympic fencers).

Allen started his coaching career right when he started college in 2009.  He started coaching at Georgia Tech which had a very successful college club called Yellow Jacket Fencing Club (Yellow Jacket is their mascot).  Since then, he has been helping spreading the joy of fencing and decided to set up base in Athens, GA which has never had a fencing club before except the college club at UGA.