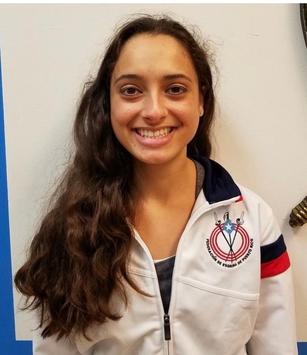 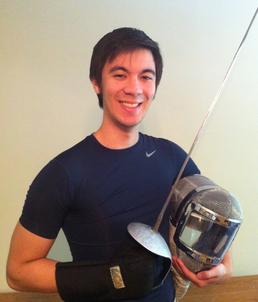 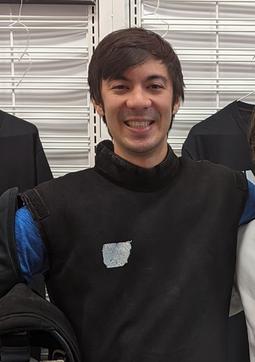 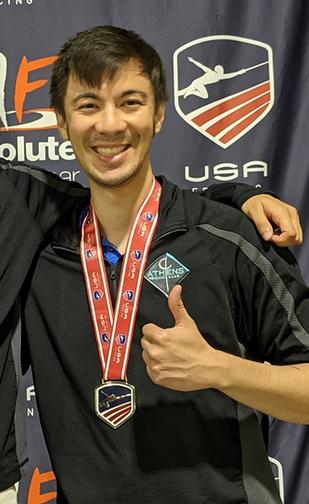 Gabriella Paleo is a two-time member of the Puerto Rican National Fencing Team, was the 2016-2018 Virginia Women’s Saber Division Champion, and was the sabre co-captain at The College of William and Mary (Cum Laude 2018). She has competed in the Pan-American Championships in Cuba, the Sokol Cup in the Czech Republic, the U23 European Circuit Viennese Championships in Austria, the Münchener Schwert in Germany, the Grand Prix in Canada, and tournaments all over the United States. Her longtime competitive experience and enthusiasm for fencing has helped her develop an athletic yet personable coaching style. Gabriella teaches youth classes and gives private lessons at Athens Fencing Club.

Allen started fencing in 2005 under the guidance of Olympic coach Arkady Burdan. He started at the age of 14, but just after over a year of fencing, he was able to obtain a "B" rating and attend a cadet world cup in Poland.

Later on, Allen obtained his "A" rating in 2008 and consistently ranked in the top 16 on the national points list for cadet and later junior. Allen was later placed in the top 24 in the country in senior rankings (top 4 are generally Olympic fencers).

Allen began his coaching career at Georgia Tech's Yellow Jacket Fencing Club after he started attending college in 2009. He later went on to set up the first non-college fencing club in Athens, GA.